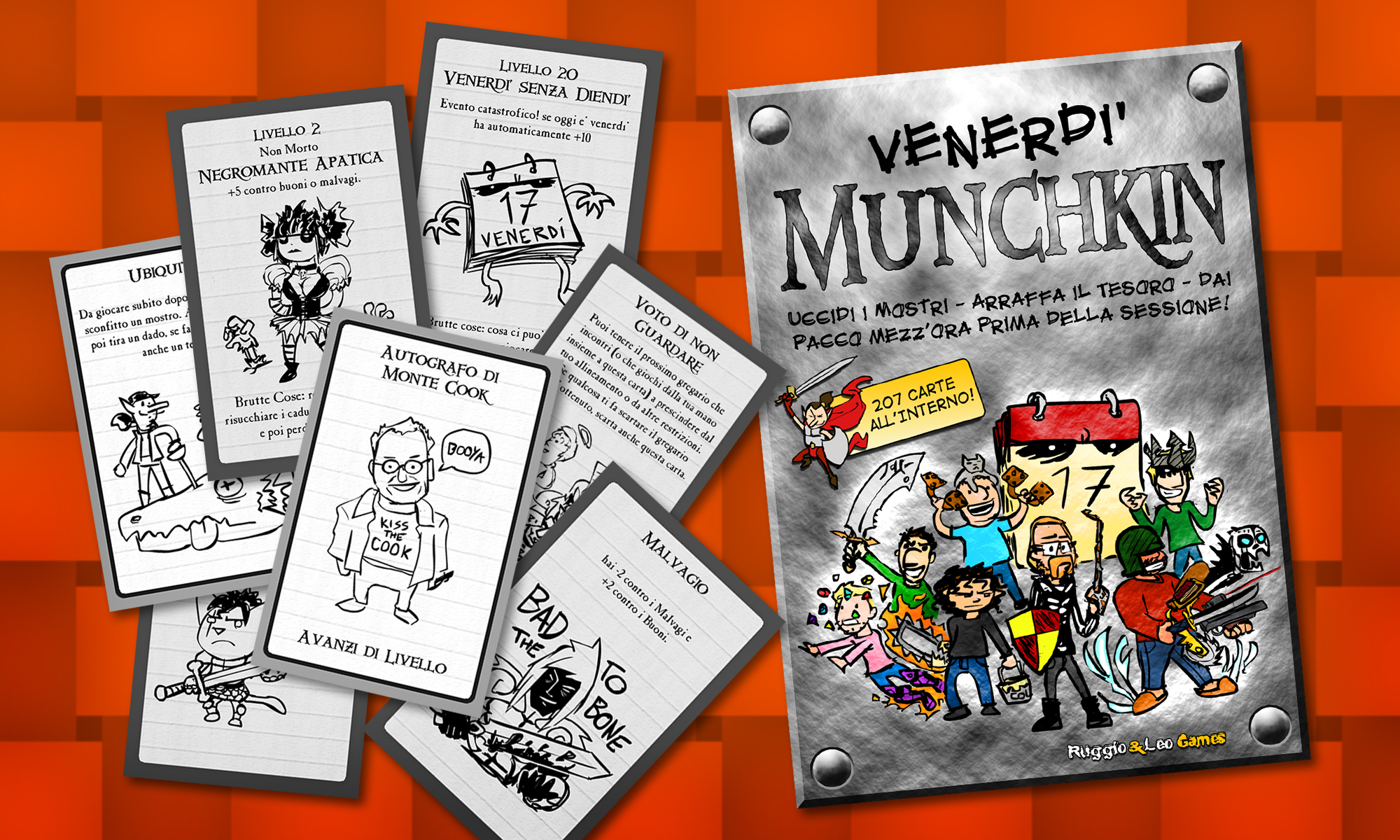 Venerdì Munchkin is a non-profit, fan-made expansion to the popular card game Munchkin.

Based on the adventures of a party of dungeons and dragons characters, the card set was designed, printed and cut as a present for a group of friends.

Counting 207 cards, the set was designed as both a playable independent game or an expansion to the original Munchkin, introducing new rules and card types.

Remaining faithful to the sketchy style of the game, every card was given an original illustration. 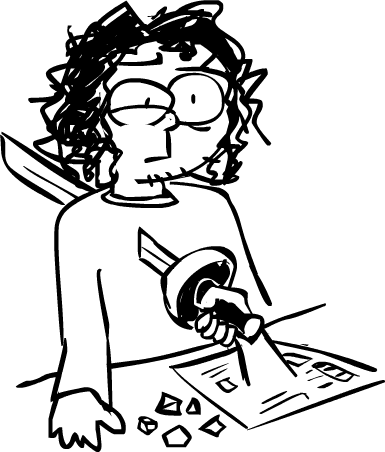 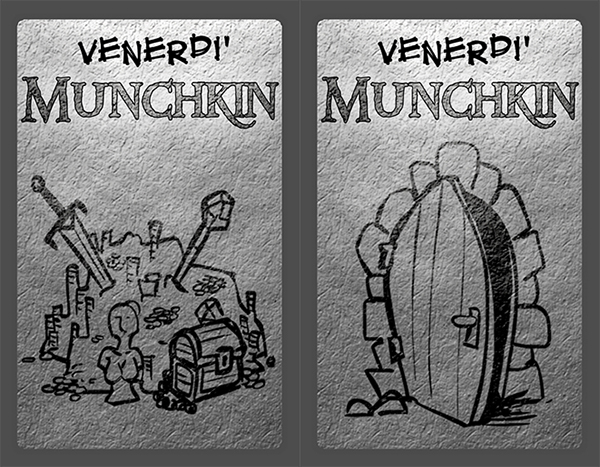 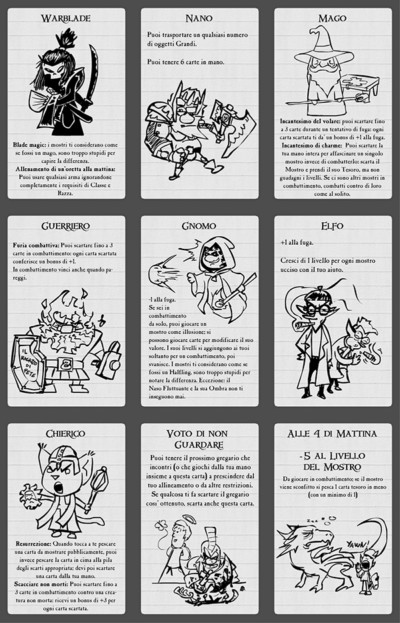 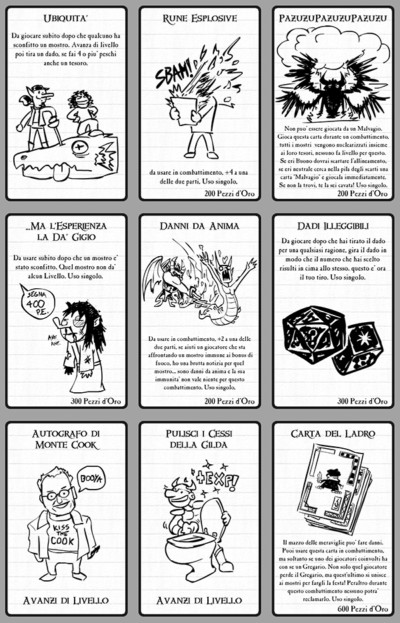 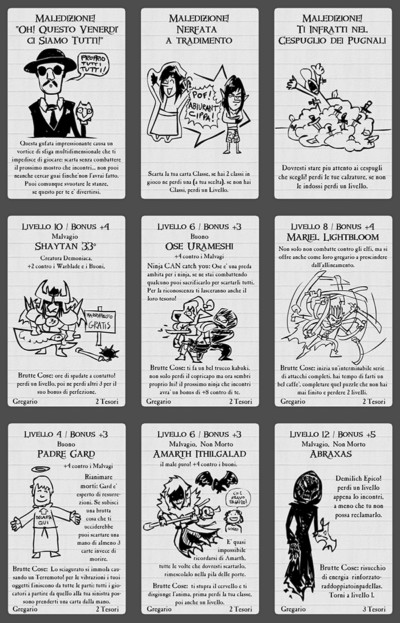 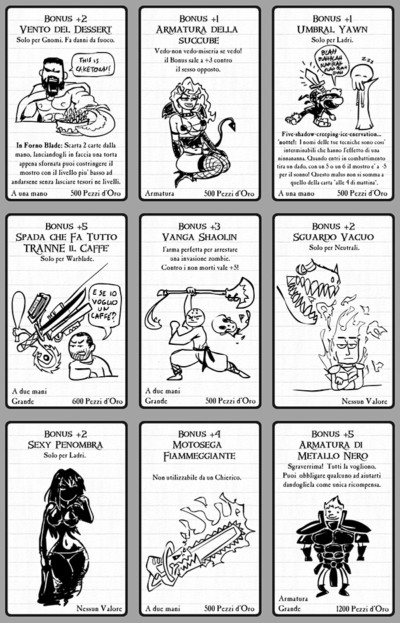 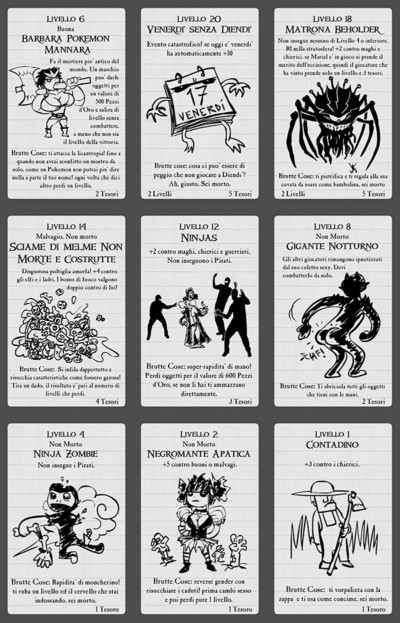 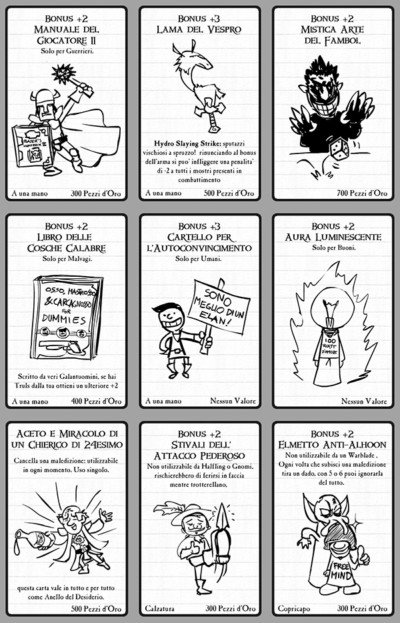 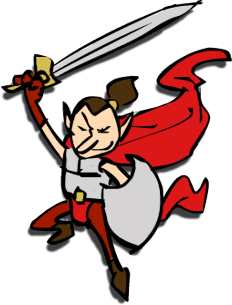 “Blade Magic: Monsters think you are a wizard, they are too stupid to know the difference.”

TELL ME MORE ABOUT YOUR PROJECT